The paper discusses the underlying principle of Qur’anic interpretation from rational and socio-historical perspective as brought forth by Muhammad Asad in his magnum opus The Message of the Qur’an. It emphasized on scientific and rational principle that conceptualize its universal and ethical conception as set forth in his erudite commentary and extensive footnotes. The analysis is based on qualitative method using descriptive and analytical approaches. Data provided were analyzed by way of deductive and inference. The finding shows that his interpretation was influenced from the progressive and scientific outlook of Tafsir al-Manar which espoused ethico-socio approaches (social-artistic form of exegesis) that constitute Asad’s principal ideas and methodology. It brought forth dynamic socio-historical and ethico-legal interpretation that contextualize its moral-ethical spirit and connotation and provide the foundation for social exegesis in contemporary ages. 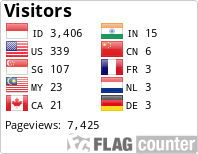 THIS JOURNAL HAS BEEN INDEXED BY :