This research was conducted through a qualitative research library (library research) and comparative analysis. While the method used to analyze the data is induction and deduction which are then compared, to draw conclusions as answers to the problems that have been formulated.

The author finds the fact that in establishing shari'a law' in classical times, many local ijmak practices were found, namely the stipulation of syar'i law was agreed upon and carried out by only a few mujtahids and only covered one particular area. Looking at the facts and conditions of Muslims who adhere to the "national state", the majority of contemporary Ulama accept the blasphemy of State Law as a source of Islamic law with two conditions, namely: first, the State Law embodies the value of justice, and the benefit for all and the measure of the benefit must be in line with the values ​​of the state. The value of divine revelation, namely the Qur'an and Hadith. Second, the formation of a state law is carried out by means of deliberation using official state institutions in which the ulama and umara' are incorporated who have in-depth knowledge in their fields.

Looking at the history of the formulation of the Compilation of Islamic Law, the author assesses that the legality of KHI has met the requirements of local ijmak as a form of fusion between ijmak and taqnin (State Law) as one of the legal arguments of Islamic law in Indonesia. 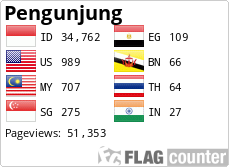